It’s a hard decision to decide to move. For the Hubster and I, we talked about moving for ten long months before we actually put that white sign in the yard.

We first realized our home wasn’t feeling “homey” a few weeks before delivering Little Miss. I was in full on nesting mode and baby paraphernalia was every where we looked. On top of that, Hazel knew that something big was about to happen and was in close proximity those last few weeks and with her being a 75 pound dog it contributed even more to the claustrophobic feeling. The Hubster and I were hoping that the feeling would fade a bit and it was really just the reality of being first time parents that was making it more prominent.

It was not the case.

We brought Little Miss home and of course, everyone wanted to welcome home our little bundle of joy. With Little Miss being the first granddaughter on both sides, she had a lot of visitors and the Hubster and I realized by the first night home that we were bursting at the seams. Even though we had an open floor plan living area, it didn’t feel like everyone was included when you had half your company mingling in the kitchen while others were sitting nearly on top of each other in the family room. While that may be the perfect scenario for some, it was not for us.

I distinctly remember the day the Hubster brought up the idea of touring a model home near the city we always wanted to live in. Little Miss was only six weeks old and I could not even fathom moving at the moment but I didn’t think it would hurt to look. Touring that model home was the start of many sleepless nights, hopes left way too high, and dreams crushed by astronomical home prices.

After ten months of going back and forth between floor plans, builders, locations, and school districts the stars finally aligned and we could see the light at what felt like a very long tunnel.

Our dream list wasn’t going to fit into our family budget. That reality made it so that we really had to figure out what we needed and what we wanted. We really needed a floor plan that was open and we need space for Little Miss and Hazel to play outside. We finally found it within in our reach.

There will always be a little piece of my heart there, but until then home is where my family is and 1776 Faux Farmhouse will be the very long awaited hello. 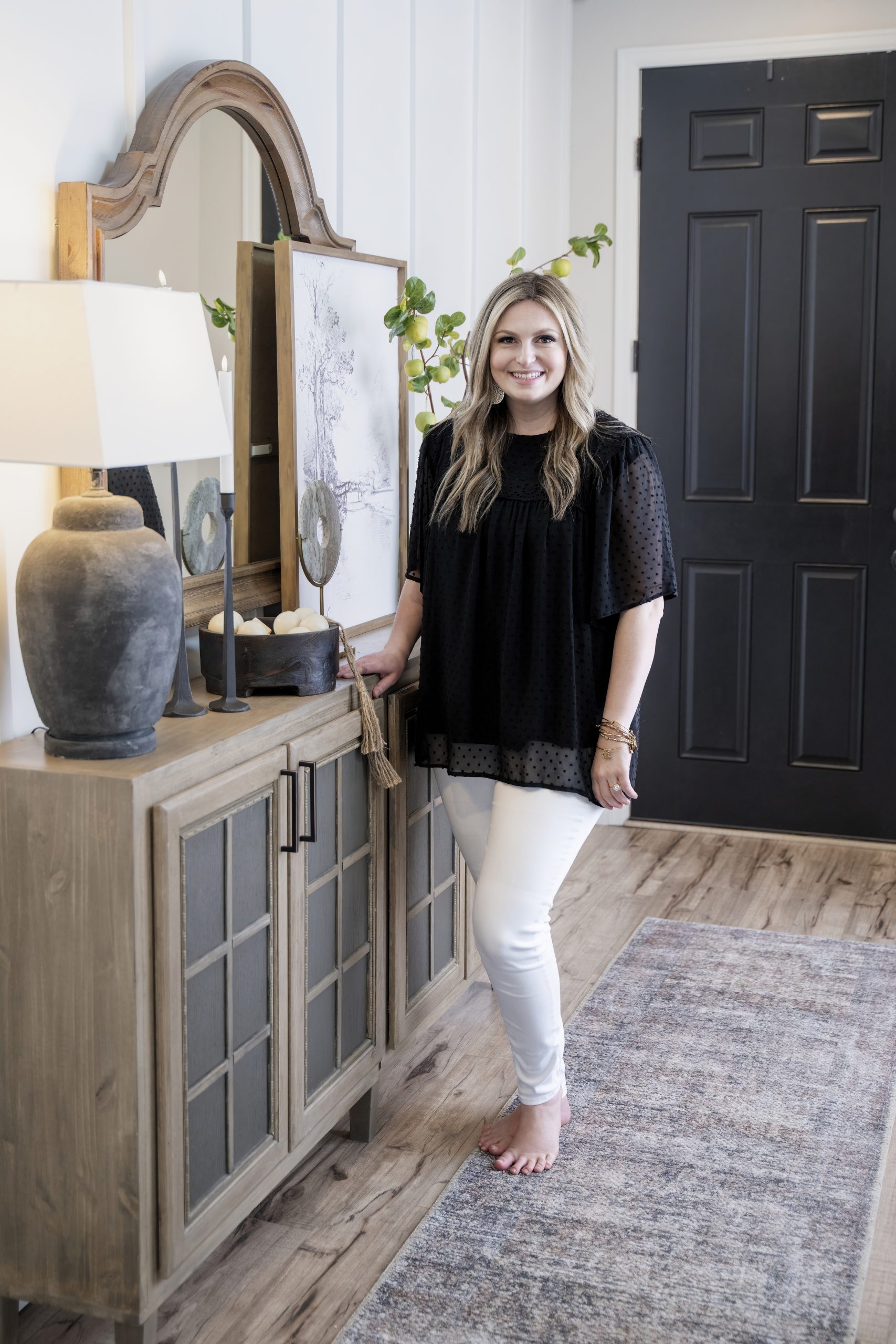 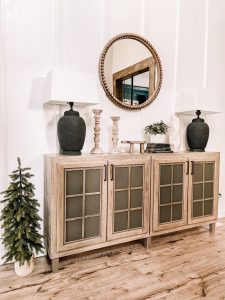 DIY Sideboard with Kitchen Cabinets-Part One 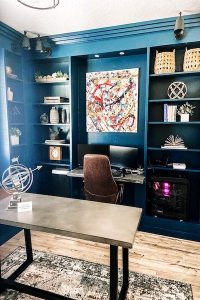